Everyone loves the ponytail because it is easy to do and doesn’t take any skill at all. However, people love braids as well because of its simple elegance despite the complicated way of doing it. If you put the two together in one hairstyle, you get the best of both styles plus you give yourself a stylish look along the way. I’ve listed braided ponytail hairstyles for black women that you would definitely love to try sometime.

Braids and ponytails combined can become two different categories for hairstyles. One is where you collaborate both into one hairstyle, and second is when you use the braids as accents to the ponytail. There are several variations for each kind, so take note of which ones you think will be great on you.

Mix of Braids and Ponytails

Most people would find the following hairstyles common. Braiding has been an ancient practice among natives. Ponytails on the other hand are a staple trend. This is why the two have been widely used together for years. 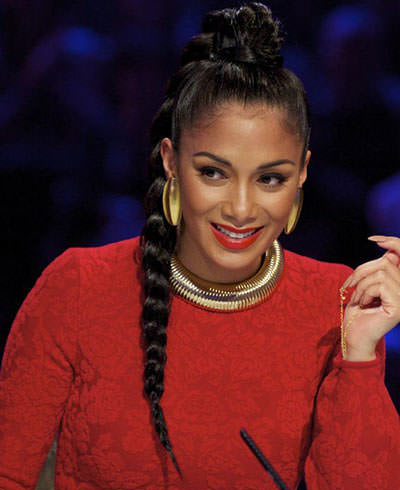 Is done by tying the entire hair into a ponytail and then doing an English braid from the tie up to the tips. This is pretty simple and has been used on children the most. 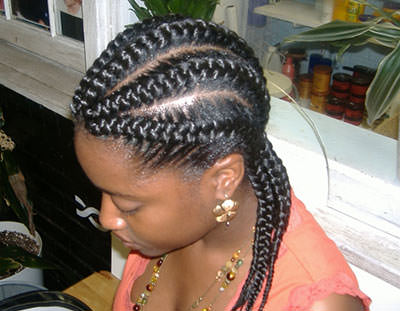 Is similar to the above mentioned style with the only difference that this styles allows multiple English braids done on the tail. 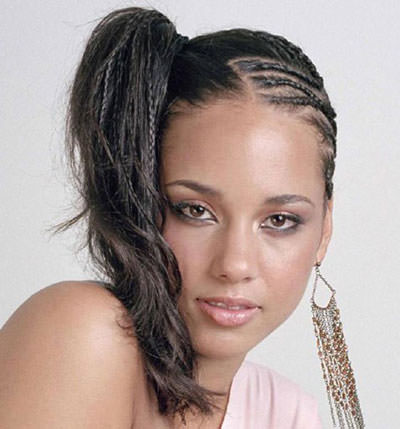 Starts with a French braid from either side of the head, usually at the left. After reaching the middle part, all the remaining hair are brought towards the middle and tied in a ponytail. You can choose to let the hair fall naturally or make an English braid out of it. 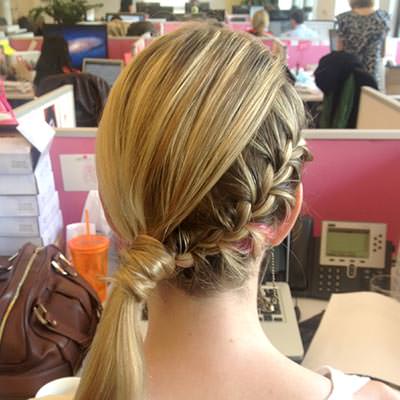 Is another style in which you make a French braid from the nape up to the middle part wherein you tie all the remaining hair together into a ponytail. Again, you can either let it fall or braid it for variation.

Can be done by making cornrows from all directions including the back of the nape. All the braids will meet in the middle and should be tied together. Make sure that all rows are braided till the ends. This way, there would be multiple English braids when the rows are tied together in the middle. 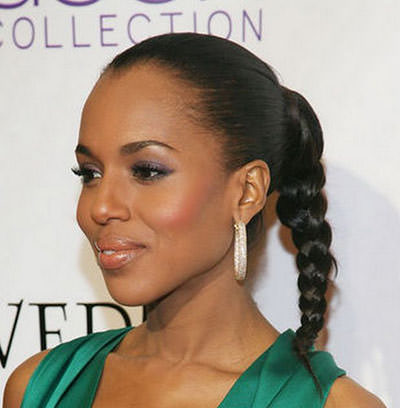 In this group, you have the ponytail as the main hairstyle and just make the braids as a supporting component. These styles are fairly easy as long as you follow the instructions. Later on, you will find that there are still other combinations you can make. 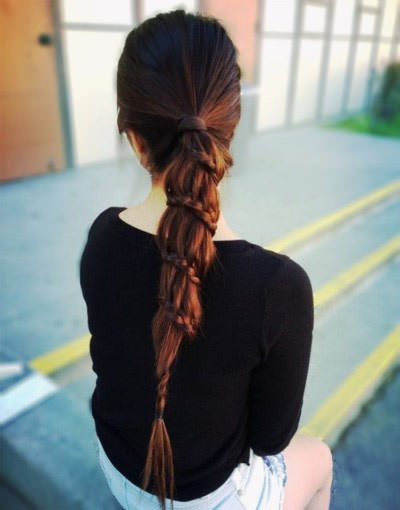 Starts with a secured ponytail. You get a small group of hair and wrap it around the rubber band that you used to tie the ponytail. Secure it with hairpins. Then, get another similar group and make an English braid till the tip. Gently wind it around the ponytail in such a way that it will reach the tips and allow tying. 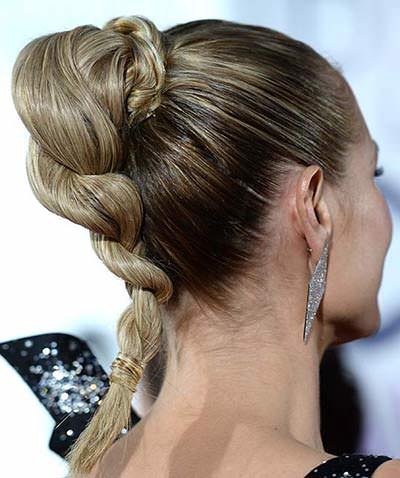 Is done by making the base style first and then getting a strand of hair and braiding it. Afterwards, wrap it around the rubber band and secure with a hairpin. You get a simple style with a semi-casual motif. 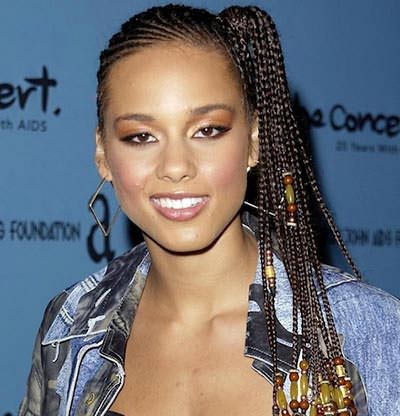 Is the most common hairstyle wherein you make a French braid from the part on your hair and going sideways until the braid ends at the tips. Some would make this unique by making three French braids from the start and slowly combining them until the tip.