Buns are not only easy to make and cute, but also quite practical. They can serve you for many occasions and can pass anywhere – from hanging home to going somewhere official. It is obvious that you can’t make a bun if you have short hair, but this doesn’t mean that you necessarily have to wait for until it becomes long. Buns can be made from mid length too and here are some messy bun hairstyles for medium hair. 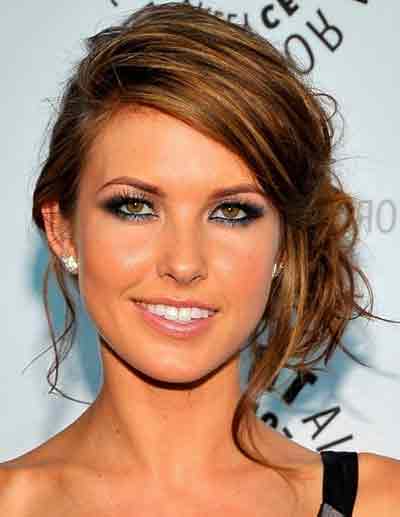 It is really the most basic one – it takes a very short period of time to make it and it is not hard at all. Once you practice it a few times it will become very easy. It is best if you start with washing your hair, but be sure to dry it good and comb it carefully so that you avoid nasty knots.

Than take a big tuft of your hair and form a ponytail – place it anywhere you want. Be sure to brush it and put some holding spray of medium grade so it is easier to work with later. After that, start twisting the ponytail until it twines around itself and start making the bun. You can twist it in any direction you want, just be sure to wrap it in the base of the ponytail. Put bobby pins to hold it and spray a little bit more with the fixing spray. You can also put pomade – it is entirely up to you – and you are ready to go. To make the bun messier you can let a tuft hang freely, or loosen it up while you are building it. Also feel free to experiment with where you have put the bun – it can be on the top to make your face lengthened or on the side – even on the neck. 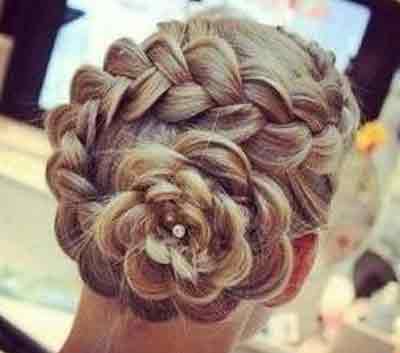 This one is really cool – it looks a little bit like a blooming flower. The looser is the bun, the better it looks, but be careful not to overdo it. First take a rubber band and put all of your hair in it, forming a ponytail. Pull the cord from the roots towards the end of the tuft.

Once you have done that, start twisting the end parts of the ponytail around the band and in the end flip it so the base side comes on top and the whole bun is flipped. Then tuck it carefully and try to even the hair around the formed flower shaped form so it looks symmetrical. 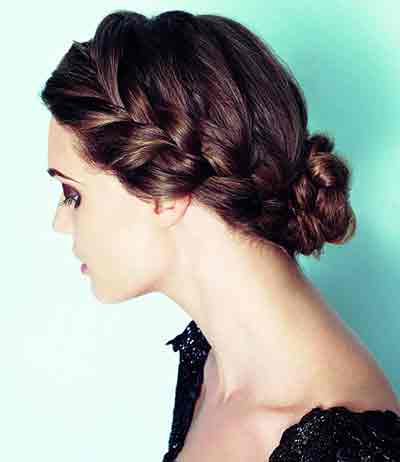 Don’t try this one if you have recently washed your hair, because it will look too messy – definitely more than you want it. Brush carefully until there are not tangles and knots In your hair – it can be a good thing to use a flat iron so your hair becomes shinier.

Once you have done that spray with a holding spray – not a high grade – or put pomade and comb with your fingers until they go freely through your hair.

The next step is to make a ponytail and decide where you want the bun. The place you decide is where the ponytail should be – and try to make it as tight as possible. Once the ponytail is fixed, start braiding it until you reach the end. Take the braid and start tangling it around itself until you form the bun. Then take some bobby pins and put them in there to stabilize the whole thing. The final step is using some holding spray and that’s it – you have your braided bun.