For a very long time, women had long hair, and they really did not do much with it except pull it back in a half pony tail or just leave it loose and long. As time went on, hairstyles changed for women, and eventually, women were allowed to cut their hair as short as they wanted it. Today in 2013, women have a variety of short hairstyles to choose from and there are even short spiky hairstyles for women over 40, and with these modern hairstyles, women can defy their age in a way that is going to bring a lot of admiration to them for their fashion sense.

Awesome spiky hairstyles that older women will look great in 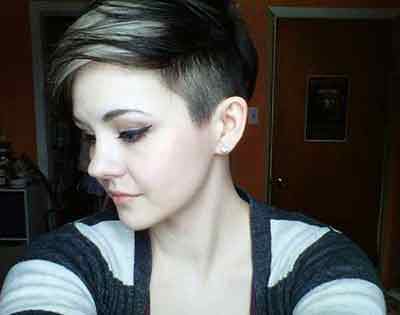 A woman over 40 can try this really funky hairstyle that will give her the choice of wearing her hair in spikes or not. With a pixie style, the hair is cut very short, but the top is a lot longer than the sides, which are shaved very close to the head. With the top being so much longer, a woman can use some mousse or hairspray, and then comb that longer hair straight up into spikes or just leave the top alone, but still have a great haircut that everyone is going to admire.

The fringe haircut with bangs cut to look spiky: 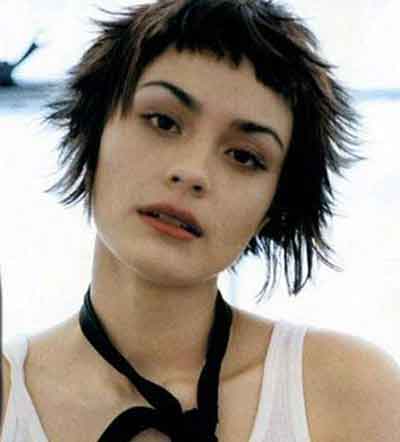 A fringe haircut is a style in which the hair is cut short and angled toward a woman’s forehead. There are many different kinds of fringe, but they all have the same features, which is hair that falls over the forehead just above the eyebrows. With the hairs cut short enough, a little bit of mousse or gel can be used to make those hairs stand up in a spiky look that is going to be both fun and age-defying.

The choppy look with spiky hair: 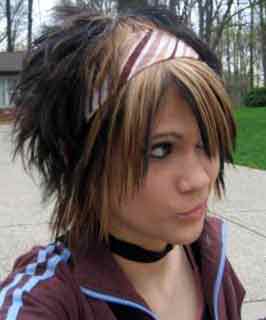 One of the newest ways to get great hair no matter how old a woman may be is to get what is called the choppy look. To achieve the choppy layered look, the hair is layered more than once creating hair that is very short and tends to stick up in different places around the head. However, with a stylist that knows what they are doing, these choppy layers can look great especially if the bangs are cut to look spiky. Many women over 40 really loved a choppy layered look because it can take away years from their appearance. Even if a woman is over 40, and her hair has gone completely grey, the choppy look with the spiky hair is going to make her seem years younger. Women over a certain age need to realize that grey hair is not a sign of age, many women are choosing to let their hair go grey, and it was the best decision they ever made. 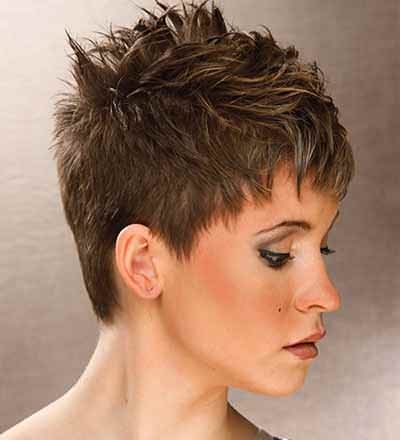 Some women over 40 my see a younger woman with the whole top of her head covered in spikes and think that there is no way they could pull that look off. However, women can stop thinking that they can never wear their hair in spikes because it is simply not true. With the super short spiky look, the hair is cut so short that all the hair on the top of the head will stand straight up without a woman having to do anything to it. A woman that has spikes all over her head is going to look her very best because she is going to show the world that she is a strong woman that can do whatever she wants including wear her hair in spikes, and many other women are going to admire her for her courage and sense of fashion.