Bun hairstyles are something really useful – not only are they generally easy and fast to make, but are also appropriate for official events like classy dinners, business meetings and – why not – weddings. Still, when it comes to a wedding the hairstyle shouldn’t be too easy to make, as the day is definitely special. If your choice of haircut for the wedding is to wear a bun, then you probably like things to be a both a little casual and stylish. This is why it is good to know some messy bun hairstyles for wedding. 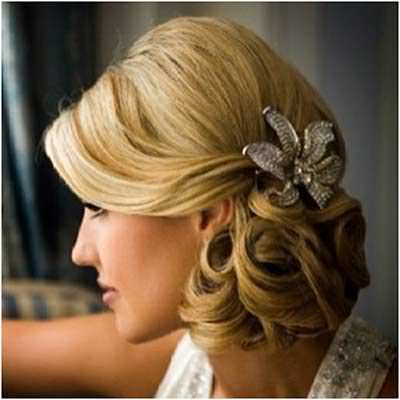 This is the most famous bun hairstyle. It is very effective, yet it is not very hard to make. To start wash your hair and dry it carefully. Than comb it several times so it is as straight as it can be and there are no knots. After that comes one of the most important parts – decide where you think the bun will look best. Many women put it on the top of the head to look taller and make their faces look lengthened, but you can also put it in the beck, on the neck, or even on the sides. Once you have done that, put some fixing spray on your hair but not too much and preferably a lower grade.

Once you have done that make a ponytail out of your hair and try to place it in the spot you chose for the bun. Brush it and then fix it in one place with a hair band so it can be still. Here comes the bun part – tangle the ponytail so it wraps around itself and then do the same for the whole thing around the band. Once this is done shove a bobby pin towards the end of the bun so it touches the band and keeps it next to your scalp. It is a good idea to put after than even more bobby pins so you are sure it is stable. To make the whole thing messy, try to make the bun loose and brush many times the ends of the tufts. 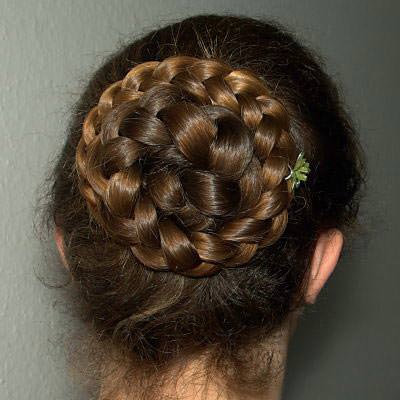 To make this one you have to ensure that your hair is not washed for at least 24 hours. Once you have waited, use a brush and remove any knots and tangles that might have been formed in the tufts. If you want you can use a flat iron as well, to make it more shiny and obedient. The next step is optional, yet preferred – put pomade or some fixing spray of low grade to make your hair more susceptible and to ensure that the bun will hold.

After that form a ponytail and take all the hair you want to be in the bun. Than start making a braid and make it as tight as you can from the level you want it to be. While holding tightly, take the end of the braid and start tangling it around the beginning of the ponytail. Once you have done it tuck the end under the base. Now is the time to ensure that everything stays in place. Put enough bobby pins in the bun and then spray generously with a fixing spray. And that’s it – you have your bun. 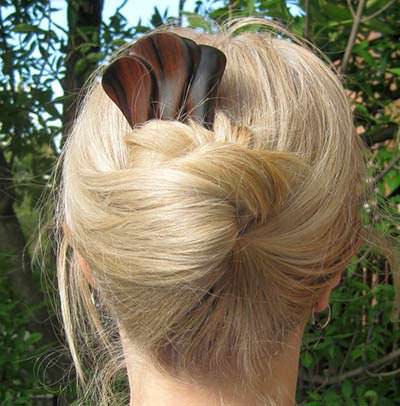 Also a rather simple one – it can be a little casual choice, but it can be the perfect hairstyle for a dress with less ornaments. To make it, just start with the instructions from the previous haircut. The key here is to flip the hair stick to ninety degrees when you reach that stage and stabilize it with something – preferably a fork.