Most black women have beautiful hair – black and thick, spreading in waves it is prefect for experimenting. It is definitely useful to know some French braided hairstyles for black women, as they are probably the most fun type of hairstyle for such beautiful hair. The best thing about French braids is that they can take many forms and go in many directions, which opens a lot of space to experiment. 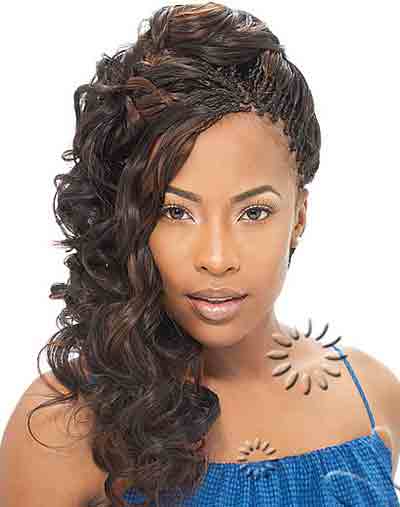 Micro braids are amongst the most popular hairstyles for black women. The micro braids are built with the hair while it is hanging down. Many prefer them to start from the root and to continue to the very end, but there are some nice versions where the braids are up to half of the tufts and the next half is combed and hangs freely. 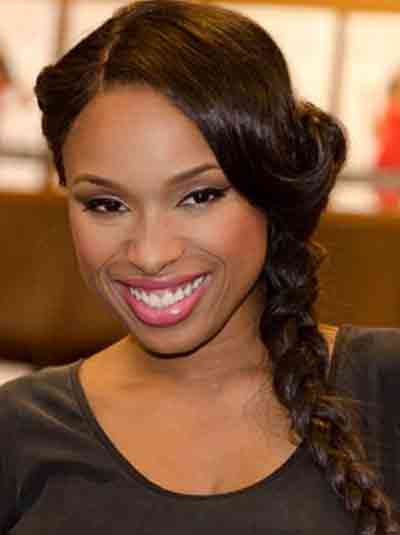 Cornrows are little French braids made with the entire hair and spread backwards from the forehead to the back of the neck. The tufts on both sides go in that direction as well and have to be on a ninety degree angle from the eyes and the top of the cheeks.

This is the most classic version of the hairstyle, but with the different hair types you can experiment as much as you want. Zigzag cornrows look really cool, especially if your hair is in two or more colors. There are also the whirlwind patterns that bring not only more class to the hairstyle, but also a little “wild” look.

This hairstyle is usually suitable for women with very thick hair. This is so, because the tufts have to be not only large in number, but also big. Before they are made the tufts have to be treated with a volume enhancer. After that they are entangled into braids, but the parts where the tufts don’t intersect have to be combed with a brush to have bigger volume and to look like actual waves. The direction in which the braids are made depends entirely on one’s preferences, but the most classical example is if they are swirled on the top of the head. 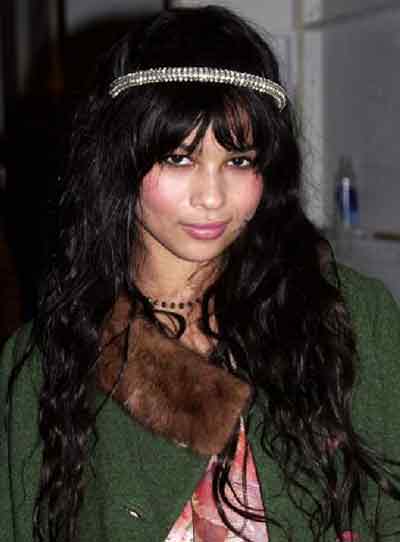 It is stylish, classy and easy to make. Just braid a tuft and row it around the forehead. A more complicated version is if you make two or more braids with the fringe and comb them in a zigzag pattern again across the forehead. If your hair is not very obedient you can use a flat iron to straighten things up. If your hair is not very thick though, try to use it on lower temperature, otherwise the volume will be less and the effect not so strong. 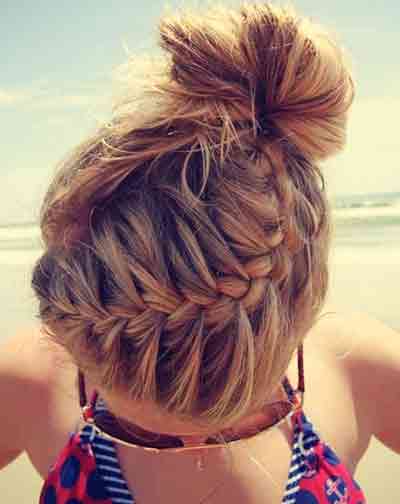 It is another classic hairstyle – all the hair is built into one, very big, long, French braid. This hairstyle can be done only on heads with long hair. The real art here is the direction in which this braid is tangled. The easiest and most practical way is to just let it hang backwards. On the other hand, there are some really nice versions where the braid is built horizontal, starting from above the forehead and finishes on one of the shoulders. A popular version is also to row the braid like a snake until it reaches the top of the head, but be careful with the volume if you do that – there is a chance that the construction will become too unstable. A good way to overcome that is to use more fixing spray and a flat iron switched on a higher level.